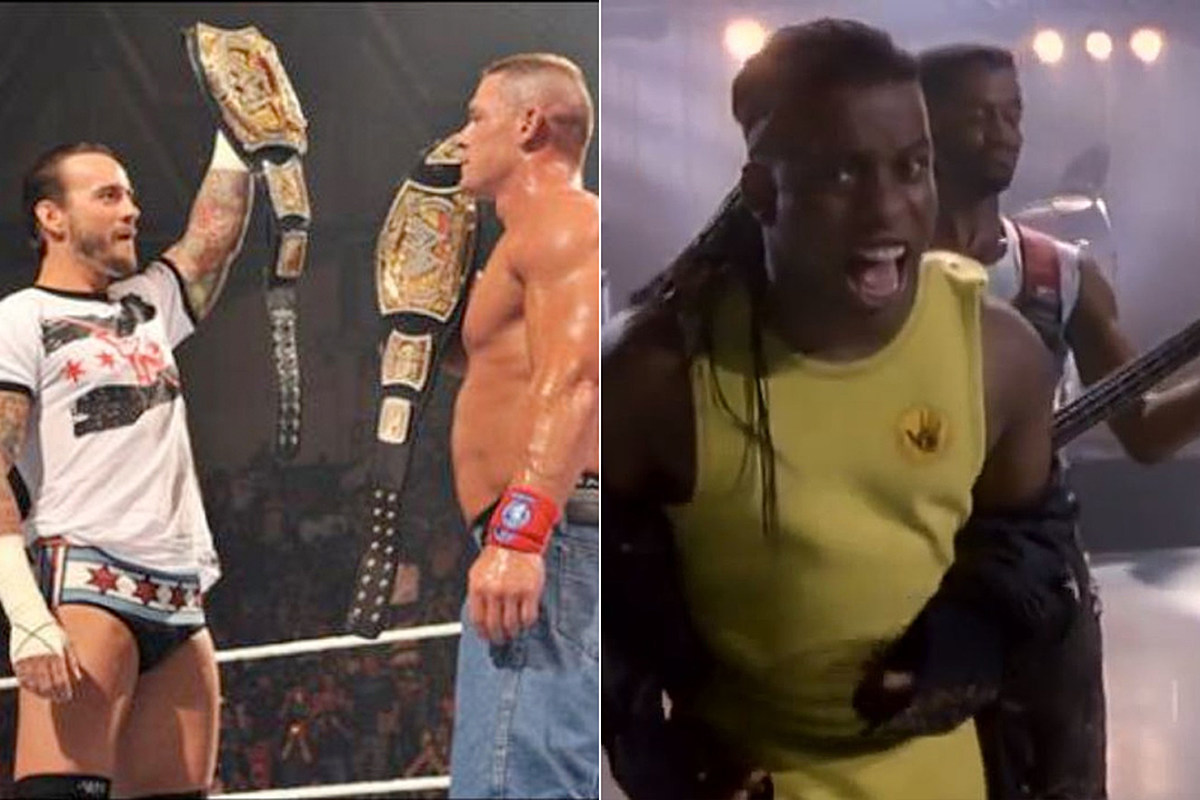 There’s a simple reason pro-wrestling superstar CM Punk gave his bosses “no choice” but to spend the money so he could use Living Colour’s “Cult of Personality” as his entrance music: It was his little league baseball team’s theme song.

Punk brought Living Colour’s 1988 hit a new lease on life by using it for his dramatic return to WWE’s Monday Night Raw on July 25, 2011. Six months earlier, Punk told his WWE bosses he wouldn’t be renewing his contract, because he felt he wasn’t getting the career and promotional opportunities he deserved.

In June 2011 they allowed him to  air his grievances in front of a live crowd, in what has since become known as the “Pipe Bomb” promo, and to use his imminent departure in what quickly became one of the hottest storylines in the company’s history.

On the last night he was under contract, Punk won the WWE title from John Cena, and then blew a sarcastic farewell kiss to real-life WWE owner and onscreen evil authority figure Vince McMahon before running out of the building, seemingly leaving the company without a champion.

But backstage earlier that evening, Punk had actually signed a contract to stick with the company. He returned to live TV only eight days later.

The song that announced Punk’s return that night wasn’t Killswitch Engage’s “This Fire Burns,” which had previously served as his theme music. Instead, Vernon Reid’s memorable “Cult of Personality” guitar riff blared as Punk sent the live audience into a frenzy by coming back to once again taunt Cena, who had just won a tournament to crown a new champion only to find out the real champion wasn’t actually gone.

As one of the conditions for his return, which also included a personal tour bus and more money, Punk insisted that the WWE pay for the rights to “Cult of Personality.” In a 2012 Chicago Tribute interview, he was asked if the cost of that demand was high. “Yeah,” he replied, “but [expletive] it.”

“The thing with CM Punk was a very personal thing for him,” Reid told Sportskeeda in 2018. “His little league team used to use that music. He had a connection to it from when he was real young.” Punk also used the song while wrestling at Ring of Honor in 2005 and during his brief UFC career.

“WWE usually doesn’t use outside music,” singer Corey Glover explained to Lehigh Valley Live. “It was a very rare occasion. [CM Punk] called our reps to see if he could use the music. It was in the right place and time, that’s for sure.”

In 2013, Living Color performed “Cult of Personality” live to accompany Punk’s entrance at Wrestlemania 29 in front of over 80,000 fans at MetLife stadium in New Jersey.

The following year, Punk left WWE under acrimonious conditions, and he hasn’t wrestled since. He is widely rumored to be returning to the ring shortly, this time for a new rival company named AEW.

35 Years After Wrestlemania: Where Are They Now?

Monster Train And Its DLC Are Now Available On Switch

How to stop a hate raid on Twitch