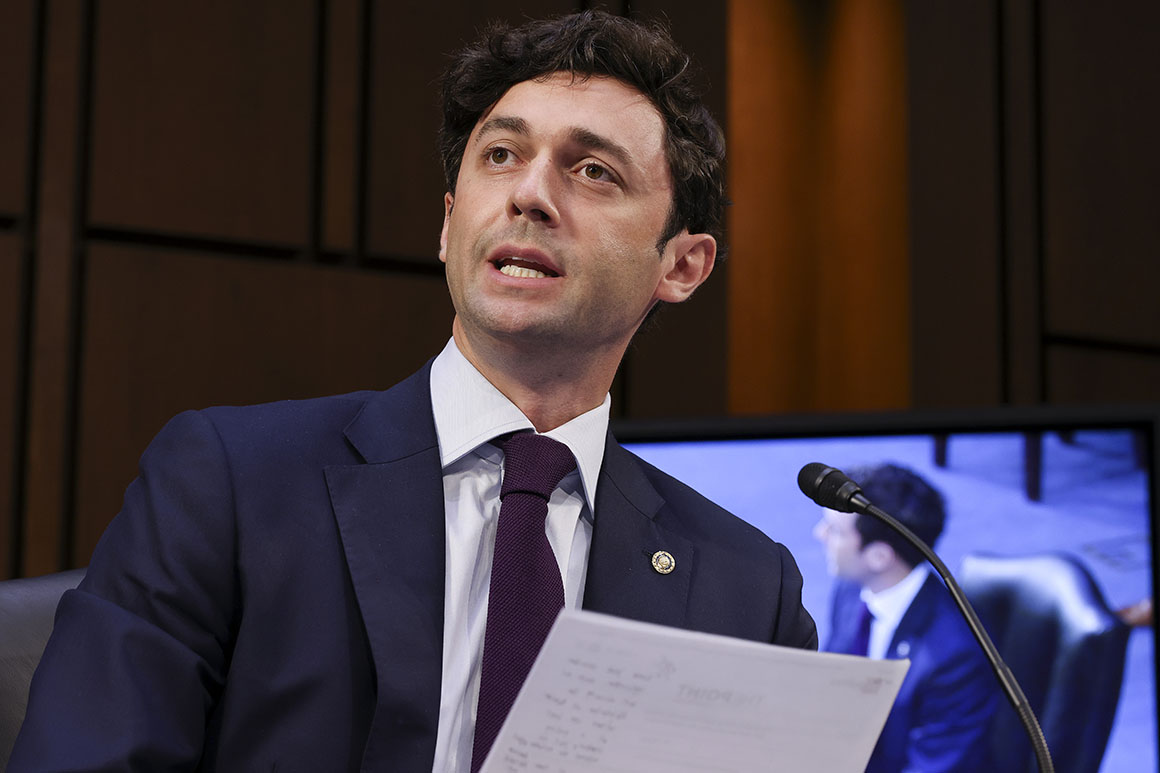 The two Democratic wins heralded the arrival of a new political coalition in Georgia — young, Black and suburban that helped both men narrowly prevail in their races, which attracted hundreds of millions in outside spending. Their victories also come as the state, like many parts of the country, has seen its energy landscape shift rapidly away from coal and toward renewable sources like solar.

Coal, which dominated power production in the state a little over a decade ago, has seen its consumption slide from 34 million tons in 2010 to less than 14 million tons of coal annually in 2019, according to the Energy Information Administration. Several coal plants are further slated to shut down while two long-delayed reactors at the Vogtle nuclear plant will boost that technology’s capacity in the state.

Renewable sources currently account for about a tenth of the state’s electricity, half of which is biomass. The state ranks as No, 13 nationally in solar power capacity, and it’s expected to see that figure of 2.8 gigawatts rise by 80 percent in the next five years, according to the trade group Solar Energy Industries Association.

“We’re very well positioned to add more renewables because we have great solar,” said Marilyn Brown, a veteran of the Oak Ridge National Laboratory who is now a professor with the Georgia Institute of Technology. “The progress we’ve made on decarbonizing our electricity is much greater than other states partly because we started out so high [with so much coal].”

Ossoff cites two primary examples as evidence of the clean energy economic opportunities for his state, both of which are located in deep red corners of Georgia.

One is the Hanwha Q Cells solar panel production facility in Dalton, Ga, that claims to be the largest in the western hemisphere and is responsible for 650 jobs — and located in the district of arch-conservative Rep. Marjorie Taylor Greene (R-Ga.). The other is an electric vehicle battery manufacturing factory located in Commerce, Ga., that the company says will create 2,600 jobs and was recently saved — thanks in part to the heavy involvement in negotiations between two South Korean companies by the White House and Ossoff.

Ossoff said Biden called him after the successful negotiations to save the battery plant and that he’s spoken with the president “multiple times” about the need to go big on clean energy and climate change.

“We have to seize this moment to get it done because we may not get another shot,” Ossoff said. “It truly is a question of whether we’re going to assert American power and vision to ensure that human beings can prosper without destroying our habitat. Those are the stakes.”

Environmental advocates, who poured more than $1.85 million into the two Georgia runoffs, are thrilled to see Ossoff leaning in so heavily on climate change action and clean energy. They say it’s politically popular and essential to earn the support of young people, who helped drive Ossoff to victory over former Sen. David Perdue (R-Ga.) by around 55,000 votes out of 4.48 million cast.

“He knows that leading on climate and clean energy and environmental justice is both the right thing and it’s good policy and good politics,” said Tiernan Sittenfeld, senior vice president of government affairs at the League of Conservation Voters. “They knew voters expected them to prioritize these issues on the campaign trail and absolutely expect them to stand up for their interests now that they’re in office.”

As further evidence that those green issues may be growing in popularity in the state, 70 percent of Georgians now believe climate change is happening and 61 percent are worried about it, according to surveys by the Yale Program on Climate Change Communication. Both figures are in line with national sentiment.

Biden has proposed a clean energy standard that would require the power sector to increase the share of energy derived from carbon-free sources to meet his goal to eliminate the greenhouse gas from the nation’s electric grid by 2035. But some prominent progressive organizations have rejected that idea in favor of a 100 percent renewable energy powered electric grid by 2030.

Ossoff said he could “possibly” support a clean energy standard approach, though he added he’s still reviewing Biden’s proposals. And he said putting a price on carbon, a strategy backed by industry groups like the U.S. Chamber of Commerce and the American Petroleum Institute, “one of several viable and worthy of consideration proposals as part of an overall policy to reduce carbon emissions.”

That openness to such measures is a stark contrast to other Democrats in highly competitive states, like Manchin, who famously shot a copy of cap and trade legislation with a rifle in a 2010 ad and other centrist Democrats who faced repeated attacks over the issue.

Ossoff, who won’t face voters again until 2026, acknowledges he may be “particularly attuned” to the need for action on climate change since his youth means he’s likely to see the increasing impacts. But he still sees it more as an opportunity to build a thriving next generation economy in his state.

“The economic advantages that the fossil fuel industry has developed over the last century are not born of the inherent efficiency of those commodities or their production techniques,” he said. “They’re born of decisions made by policymakers to subsidize that sector. Now what we need to do is align the incentives so that energy production that is sustainable becomes, as it is rapidly becoming, the dominant and most economical way of powering our lives, power and commerce.”

CORRECTION: This story has been updated to remove jumbled wording in the Tiernan Sittenfeld quote.

Why Jay Cutler Is Making Divorce With Kristin Cavallari a Nightmare