Indian-inspired Asian fusion restaurant Wok in the Clouds brings Indo-Chinese food to the forefront. The eatery, conceptualized by Fine Indian Dining Group, is located in Manhattan’s Kips Bay and features shareable dishes, with appetizers such as the Tibetan MOMO, steamed chicken dumpling, onion and ginger as well as the Vegetable Gobi Manchurian Dry with batter cauliflower and spicy blended herbs. Main dishes include Bangkok Basil Ginger Shrimp, with Thai spices, basil and onion as well as the Szechuan Lamb, sliced thin lamb basked in a spicy Szechuan sauce.

Here, Punhani shares with Forbes the inspiration behind Wok in the Clouds, making Indo-Chinese food more approachable to people and more.

This interview has been edited for length and clarity.

Lisa Kocay: Can you talk about the inspiration to open Wok in the Clouds?

Ankush Punhani: “This was our seventh venture and on Lexington Avenue—we currently had three restaurants which we’re running. And one of the cuisines that we were missing in our portfolio was Indo-Chinese fusion cuisine. While we had glimpses of it in some of our menus, some dishes, we didn’t have any restaurant focusing on that cuisine, and we felt that it was important because as a company focused on Indian cuisine and fine Indian dining, Chinese cuisine is a big part of Indian food. Especially if you go to a lot of Indian restaurants nowadays, they’ll have an Indo-Chinese section, so that was part of the reason why we wanted to have something in that area. And when the opportunity came, when there was a location opening up, we thought it would be perfect. We already have three on that block. It gave us the ability to diversify the portfolio, give our clientele more options.”

Kocay: Do you feel that there’s a lot of Indo-Chinese restaurants in New York City or do you feel like there is not?

Punhani: “I feel that the market is very ripe for Indo-Chinese cuisine. Like I said earlier, many people have Indo-Chinese Asian fusion as a section of the menu, but not something which is completely tailored towards Indo-Chinese. I think some of the things that we try to do here is, while we have the authentic dishes, we also try to give it that fusion touch. For example, we have Vietnamese, which we’ve given it the Indian touch with some Indian spices, Indian herbs and kind of having that Indian inspiration throughout the menu. Personally, I feel there’s a lack of Indian-Chinese Asian fusion restaurants in New York or even in New Jersey.”

Kocay: So do you think that by having this kind of restaurant you’re making it more approachable to people?

Punhani: “Definitely. I think there’s a demand for it. Indian food and Chinese food are two of the most popular when it comes to takeout cuisine. They’re very popular when it comes to dining cuisine. I think that having the menu curated the way it is, having that fine balance of dishes and having that Indian inspiration…the menu is easy, it’s simple, people can relate to it and they can enjoy different flavors and spices.”

Kocay: Can you talk about the inspiration of the decor of the restaurant?

Punhani: “So the decor was essentially the brainchild of my family. So that’s my wife, my father, my mother and myself. We wanted to do something which had the Asian touch but, obviously the name is Wok in the Clouds, so we wanted to have that cloud effect. We did that with our ceiling, so we got it printed and lit it. You’re essentially enjoying Chinese food in our Asian fusion food in the clouds. We didn’t want to go too flashy. We wanted to keep it simple, showcase the culture and give it a little bit of a modern touch.

Kocay: Is there anything exciting that’s next for Wok in the Clouds?

Punhani: “We have plans to add chef specials in the coming months. Our chefs have been really doing a lot of research on dishes, which are very popular back home in India, in Kolkata, a lot of the areas where the Indo-Chinese Asian fusion movement is very strong. We’re looking to bring in new dishes to introduce every month, new drinks to correlate with those dishes and also to celebrate different Indian and Asian holidays with different dishes. So we do have a lot of plans in place and that we’re going to be starting to implement. For example, Holi, the festival, we were involving colors. We had come out with some Holi drinks that were good palettes mixed with the food and the cuisine. We want to try and provide our guests with something new every time they go there, so they have an opportunity to try something new. And then based on that, the response we get on different dishes, we want to be able to update our menus based on client demand and feedback.”

Wok in the Clouds

5 Best Chain Restaurant Breakfasts for Weight Loss, Says Dietitian — Eat This Not That 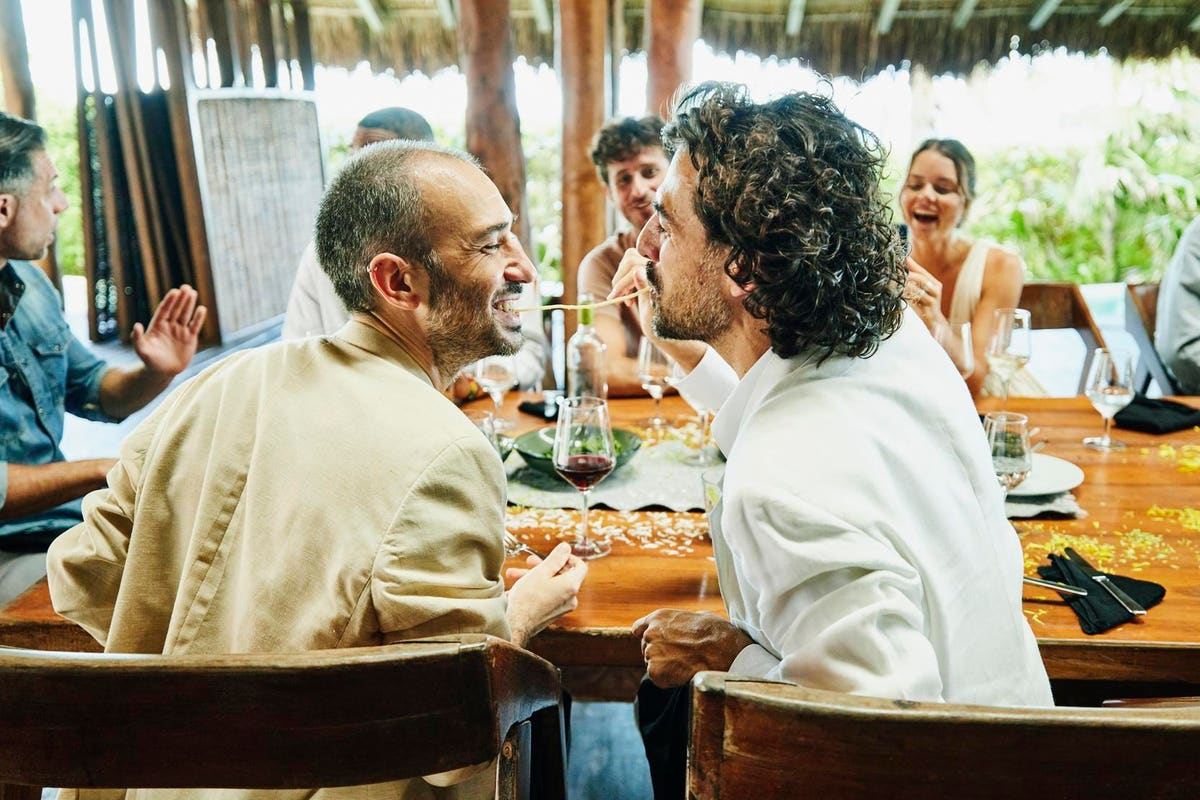 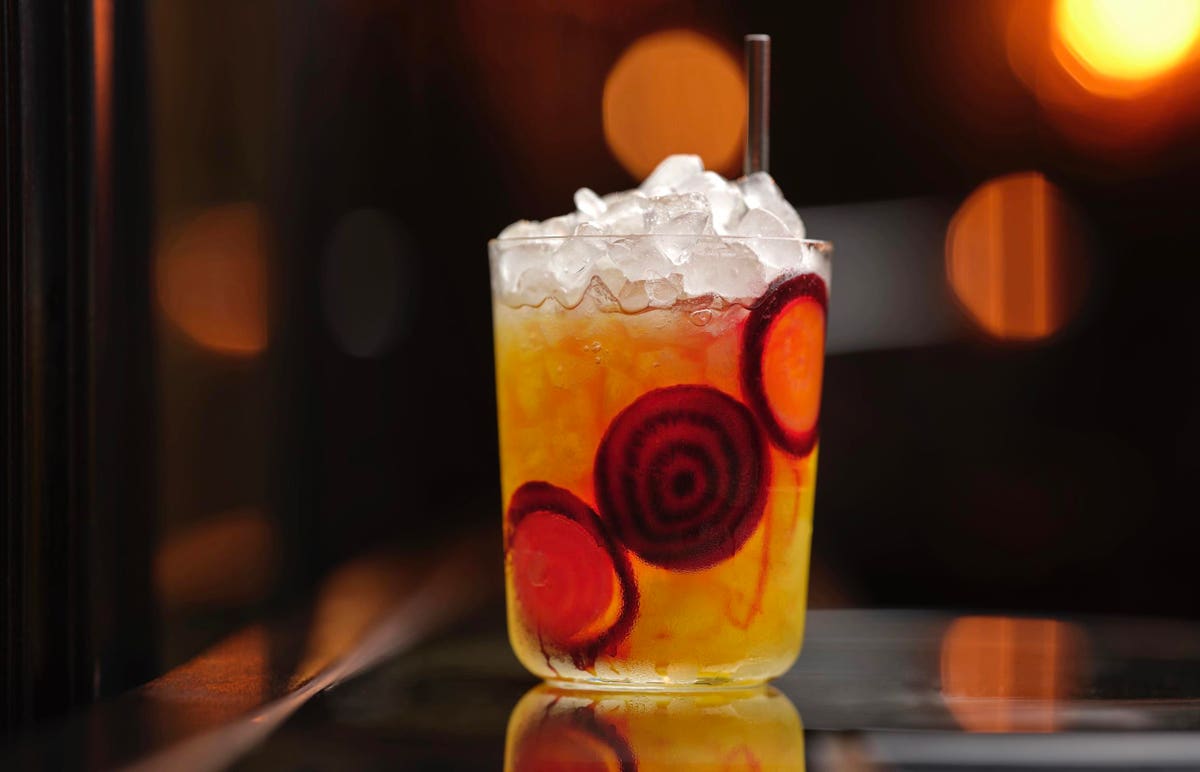 Savor The Flavors Of The NoMad Hotel London