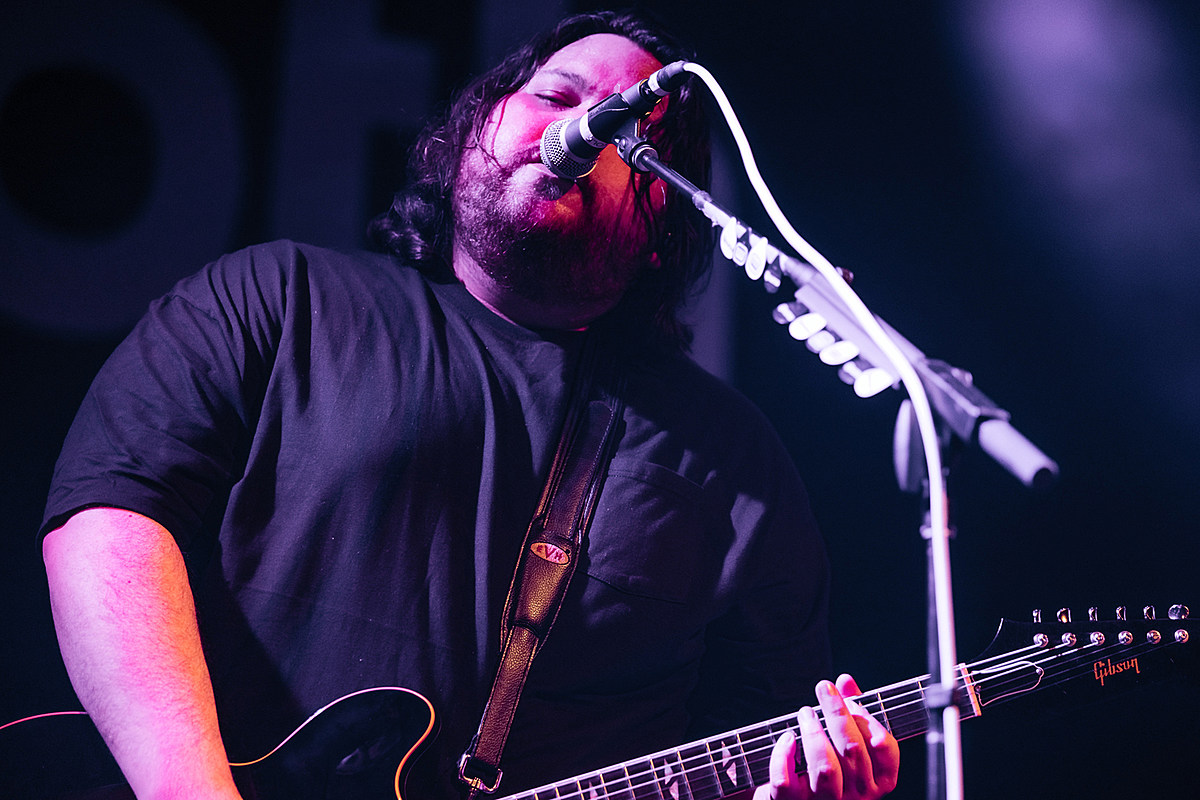 During his recent headlining performance in Cleveland, Wolfgang Van Halen joked about “figuring out how to be the lead singer,” telling the near-capacity audience that it’s all about “pumping up the crowd.”

“But you guys are already so fuckin’ pumped up, there’s nothin’ I can do,” he added.

It’s a nice problem to have. Mammoth WVH have been out on the road for a couple of weeks now and are, by all accounts, slaying the dragon with every gig.

The status of merch at their inaugural date opening for Guns N’ Roses was another positive sign. Midway through the night, there were only small T-shirts left for Mammoth WVH — all of the larger sizes had sold out.

Not bad for a new band that hadn’t played a note together in public less than a year ago.

We phoned up Van Halen the night before his Cleveland show to catch up on how things are going.

While it was a light-hearted chat, the musician admits that as much fun as they’re having on the road with Guns N’ Roses, elements of being on tour during a pandemic are “nerve-racking.” (The band was recently forced to cancel two August shows due a positive COVID-19 test within their team. After a brief period off, they resumed touring Aug. 19 in Los Angeles.)

Here’s the second part of our conversation where we discuss all of that and other current happenings.

When you’re not playing shows, have you had the chance to get out and do anything fun in any of the cities that you’ve been in?

Not too much. I was going to go out to the Rock and Roll Hall of Fame here, but I’m so tired and I want to make sure I’m rested for tomorrow. You kind of err on the side of caution.

So it’s kind of a bummer to be, like, an antisocial dork and stay on the bus. But in the long run, I think you end up doing a little better live. [Laughs.]

You’ve obviously had a lot of touring experience, whether it’s Van Halen or Tremonti or whatever. Are there things that you typically enjoy doing on tour?

Not too much, honestly. I really just like to, I’m super…I’m an antisocial dork, so most often, if there isn’t something interesting in the city that I want to do, I kind of just stay on the bus and sleep and/or play video games.

Okay, well the second part regarding video games was our editor’s guess, so he partially wins one.

[Laughs.] And then also, my bass player, Ronnie, has this awesome, small Taylor acoustic bass. I found out that they make a guitar version of it too. So when I get to L.A., I really want to pick one up so I can start writing on the bus, with a smaller acoustic guitar.

You’ve started playing “Talk & Walk,” which is the Japanese bonus track. Folks who have the regular version of Mammoth WVH won’t have heard it, but it’s obviously readily accessible via YouTube. What’s the history on that song?

That was just kind of one that was always an extra. Japan always wants a bonus track. It just seemed like the right thing to throw on there. For live, it’s a fun little bonus for the fans who are fans of the album. Most people at Guns, who haven’t heard the album, it’s not really much of a difference. [Laughs.]

“As Long As You’re Not You,” I don’t think you’ve played that one yet.

Yeah, that’s another one of those tracks that we’re kind of keeping in our back pocket — if we ever need to break the glass for emergency and throw out another song, that’s another one we’ve got. We might play it at some point, but we’ll see. [Editor’s note: They broke the glass and played this one in Cleveland.]

At the Hershey gig, I was impressed with how well everything went over. In particular, a lot of bands would just bring the heavy set. But you had stuff like “Resolve” and “Distance” in there and folks dug it. What sort of trepidation did you have putting the setlist together for those GNR shows?

I think for the GNR shows, it was really important to kind of show what the band is capable of. At least for the first couple of shows — and then you know, we’re starting to move stuff around here and there. I think most people, if they do know the band, they probably know “Distance.”

So I think that’s an important one to do. But for things like “Resolve,” it’s fun to kind of show that side. For right now, we swapped [in] “Talk & Walk” [in place of “Resolve”] because we wanted something a little more heavy there in that spot.

So it’s always a very…we don’t have the same setlist that we just don’t change. We’re very much paying attention to the audience and the responses and seeing what we can do to make it better.

Gear-wise, I wanted to ask about the guitars you brought out on the tour. Is there a good story behind any of them? Do any of them have a fun history?

Not too much, other than the [Gibson] Historic Burst 335 ‘59 reissue that I have. That’s kind of been my main guitar throughout. I’ve been writing on that guitar forever. It’s all over the album too, so it’’s just kind of one of the mains. I have the backup to that, which is the Trini Lopez.

I think that’s really cool, because it has a different headstock and the diamond inlays and f-holes. The other two I have, the Wolfgang Custom, which is also all over the album and then the backup to that is the [Stealth] 5150 Series, which I have yet to pull out, but when I do, you’ll see it! [Laughs]

I’m sure you used a lot of different things on the record. How complicated was it figuring out what you were going to take out, gear-wise?

Honestly, we’re just bringing one guitar boat, and each one of us can have four guitars. So it was just a matter of honing that down, and what exactly we need and which tunings we have So that was pretty much it.

There’s the great video of you on Instagram recreating the synthesizer part from “Sunday Afternoon in the Park.” What is the trigger moment for you digging that particular piece of gear out? What was it like recreating those sounds?

It had been sitting in the studio while we were tracking. The whole time, Elvis [Baskette] and I were like, “We’ve gotta find a place for that. It would be so cool to hear that on the album.” It was that one verse of “Mr. Ed,” where we’re like, “I think we should break it out and see what it sounds like.��� It really worked.

Things are pretty crazy out there with the ongoing pandemic. There are band members and crew folks testing positive, shows getting postponed. For you, how are you dealing with the whole thing, being out there? What sort of things as far as COVID safety protocol are you experiencing day to day?

It’s very nerve-racking. I’m a super germaphobic sort of guy. We’ve got a whole bubble of people on here. We’re all being safe; we’re all being tested. We’re all vaccinated. We’re all wearing our masks every opportunity we can. We’re just kind of staying in the bubble and being as safe as possible.

How worried are you about the tour ending early because of the events that are going on presently?

What’s been your favorite moment on the tour so far?

Honestly, just being on stage. It’s been a really different experience. I’ve done it before, but doing it with Mammoth and the guys, with our material, it’s a pretty amazing experience to see people enjoy it [and] to see people know it — and wearing the shirts in the audience. It’s crazy.

I’m going to throw this in for the nerds. What’s your current video game that you’re all about right now?

Frank and I, we’ve been playing Apex Legends a lot. Because the new season just dropped.

I think Frank’s better than me because he plays a lot more than I do. But I’m starting to catch up to him. The new season just dropped, so we’re desperately to find the right internet connection at hotels so we can play.

The Best Song From Every Van Halen Album

They released a dozen albums over their career. These are the songs for your playlist. 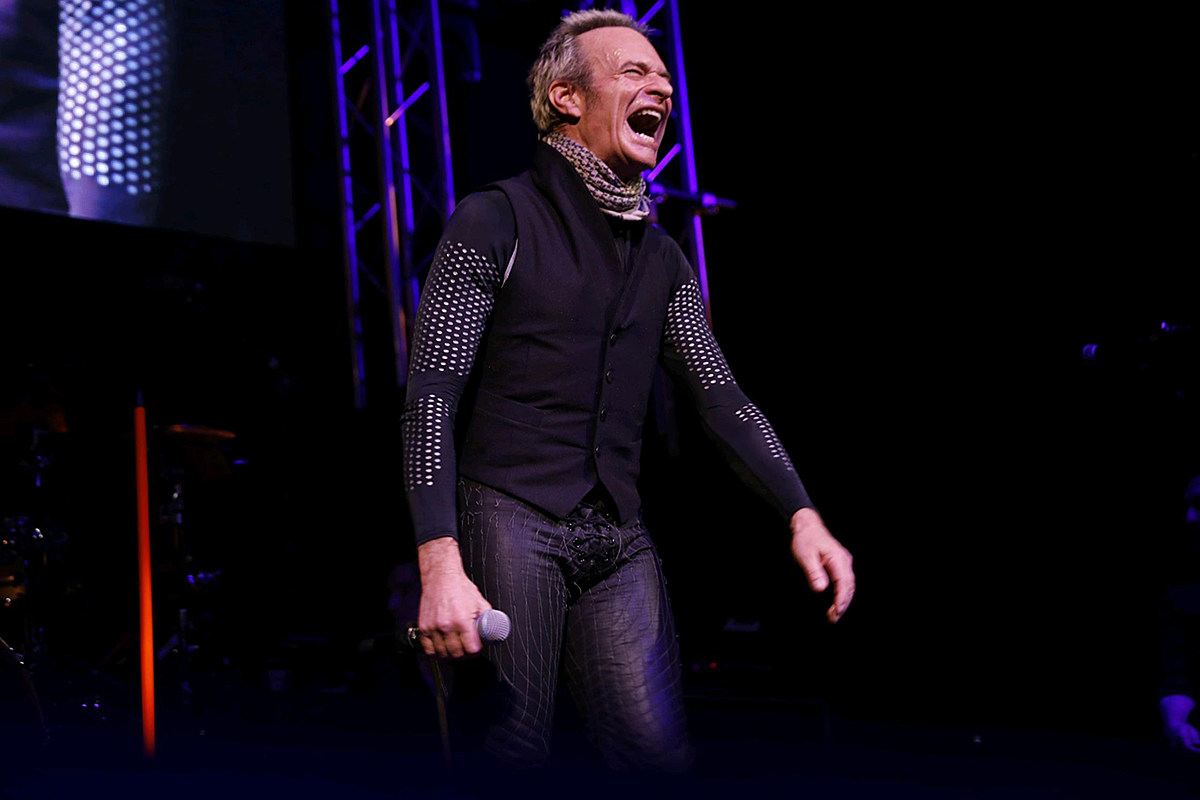 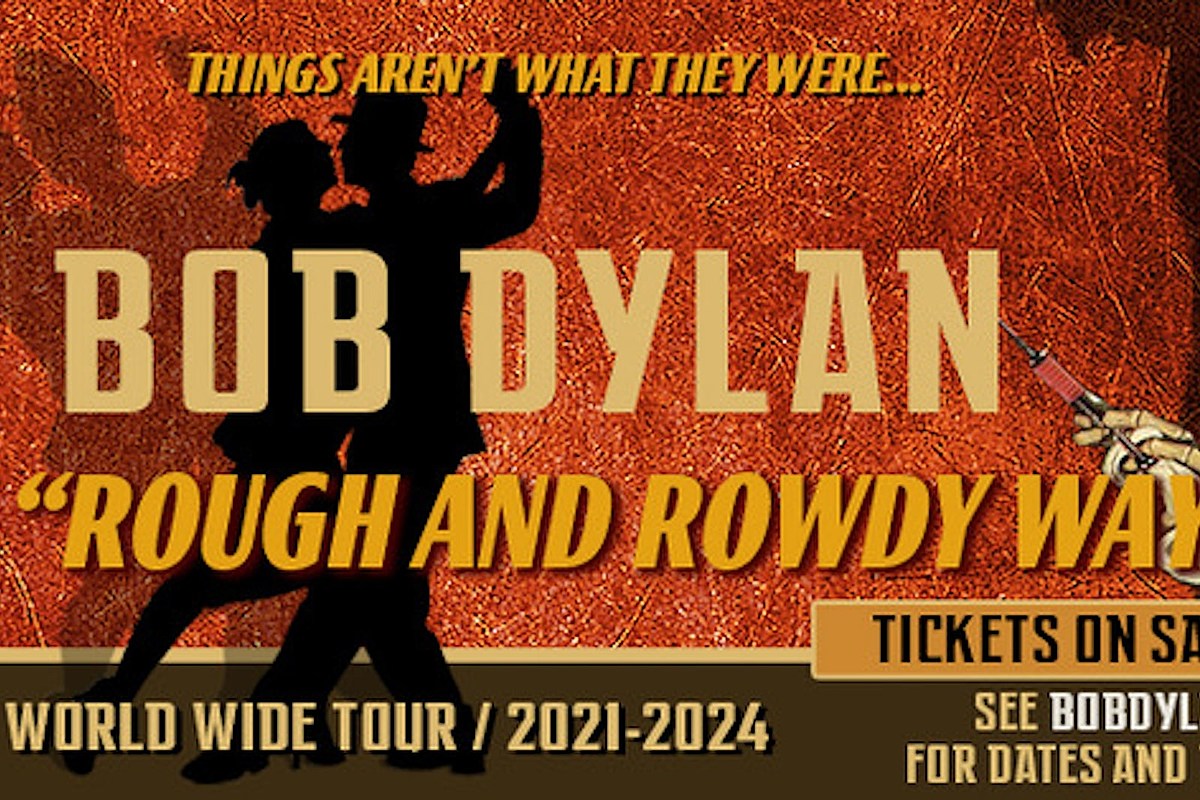