Good morning. We’re covering a virus crisis in Myanmar, suspicions and detentions in Haiti and China’s fears over the U.S. withdrawal from Afghanistan.

The military has ordered that the lifesaving gas be withheld from private clinics and has even stopped charities from giving it away, medical workers say.

The military has also prevented people from buying supplies from oxygen producers, whom it accuses of price-gouging, forcing desperate family members to defy the army in order to save sick relatives. This week, soldiers fired into a crowd of people waiting to buy oxygen tanks, witnesses said.

Doctors accuse the military of trying to ensure that the scarce supply is funneled to military hospitals, which cater to army families. And with the junta having apparently reserved much of the vaccine supply for its loyal ranks, there is little hope that Myanmar’s Covid outbreak, by far its worst yet, will end anytime soon.

Virus: The highly contagious Delta variant is causing cases to explode; the test positivity rate in Myanmar was recently 34 percent.

Clinics: Doctors who opposed the army’s takeover have refused to work in state hospitals and instead turned to private clinics. Denying oxygen to private clinics and citizens has prematurely ended hundreds of lives, medical workers say, and thousands more are at imminent risk of dying.

Detentions and suspicion in Haiti

The national police have placed the security chief of the president’s palace, Dimitri Hérard, in custody as they search for insider connections to President Jovenel Moïse’s assassination last week.

The police have also called in the presidential guard and two other top bodyguards for questioning, as uncertainties remain over how the attackers managed to enter the heavily guarded home.

Separately, Haitian officials accused suspects ofploting the assassination over a series of meetings conducted in Florida and the Dominican Republic over the last year. The meetings appear to connect a seemingly disparate collection of suspects in the investigation, but the participants said they were only discussing rebuilding the troubled nation once the president stepped down.

Background: Hérard made several stopovers in Colombia in the months before the assassination, and Haitian officials say a group of former soldiers from Colombia played a central role in the killing. On Thursday, the Pentagon confirmed that some of them had received training from the United States military, as part of a decades-long cooperation.

Raid: Questions have focused on reports that none of Hérard’s security force fired a shot despite the approach of two dozen armed mercenaries, their entry into the presidential compound, and the eruption of gunfire that killed Moïse and seriously injured his wife.

China is criticizing the U.S. for the hasty end to its two-decade war, warning that Washington will bear responsibility if the turmoil destabilizes the region.

“The United States, which created the Afghan issue in the first place, should act responsibly to ensure a smooth transition in Afghanistan,” said China’s foreign minister, Wang Yi. “It should not simply shift the burden onto others and withdraw from the country with the mess left behind unattended.”

China fears that the breakdown of order in Afghanistan could spill into neighboring countries, including Tajikistan, Kazakhstan and Pakistan. For now, the country has worked to keep channels open with both the Taliban and the Afghan state, but it has not called on President Biden to reverse the withdrawal.

Domestic tensions: When the Taliban governed Afghanistan more than 20 years ago, it gave haven to some Uyghur fighters resisting Chinese rule in Xinjiang.

A 38-year-old hasn’t been able to speak since 2003, when he was paralyzed by a severe stroke after a terrible car crash. Now, in a scientific breakthrough, he just has to try to say words and sentences, and electrodes implanted in his brain transmit them to a screen.

The dark side of chess

Since 1950, nearly 2,000 players have become chess grandmasters, the highest possible title. But since only the top 30 players can leverage that into a sustainable career, some young players, and their often-obsessive parents, are setting their sights on a new goal: the title of the youngest grandmaster.

Being the youngest grandmaster in history is “a door to global acclaim and corporate sponsorships and invitations to the biggest tournaments,” Ivan Nechepurenko and Misha Friedman write in The Times.

But getting that title may involve more than winning. It’s an open secret that players (and players’ parents) cut deals with tournament organizers and other top competitors to collect a series of benchmarks, called norms, that count toward the goal.

“If I went to the effort, I think I could get my dog a grandmaster’s title,” said Nigel Short, the vice president of the governing body for chess.

If you want a weekend project, try making this sweet and textural red bean mochi from scratch.

“Better to Have Gone,” a new book from Akash Kapur, explores the unconventional “aspiring utopia” in India, where he and his wife grew up.

What to Listen to

The English songwriter Laura Mvula is a musical chimera: After two idiosyncratic albums of orchestral pop, her third finds liberation in the synthesizer-driven 1980s R&B.

Here’s today’s Mini Crossword, and a clue: Someone whose job is a piece of cake? (Five letters).

And here is today’s Spelling Bee. 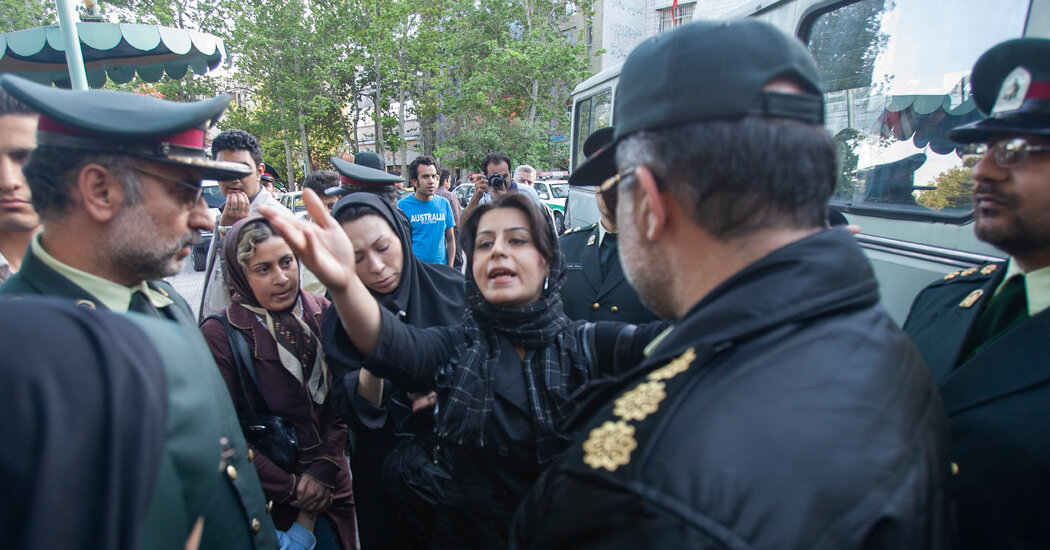 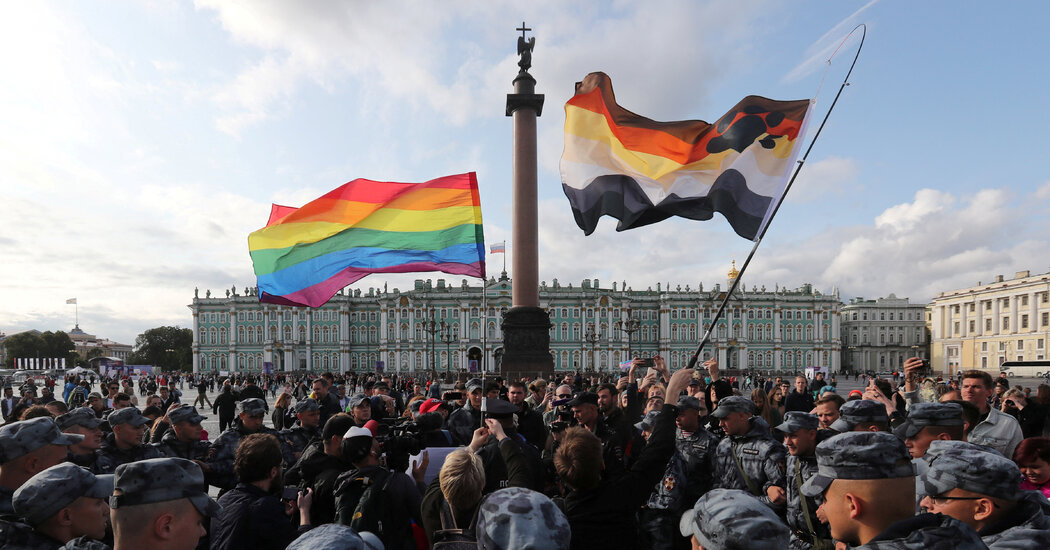 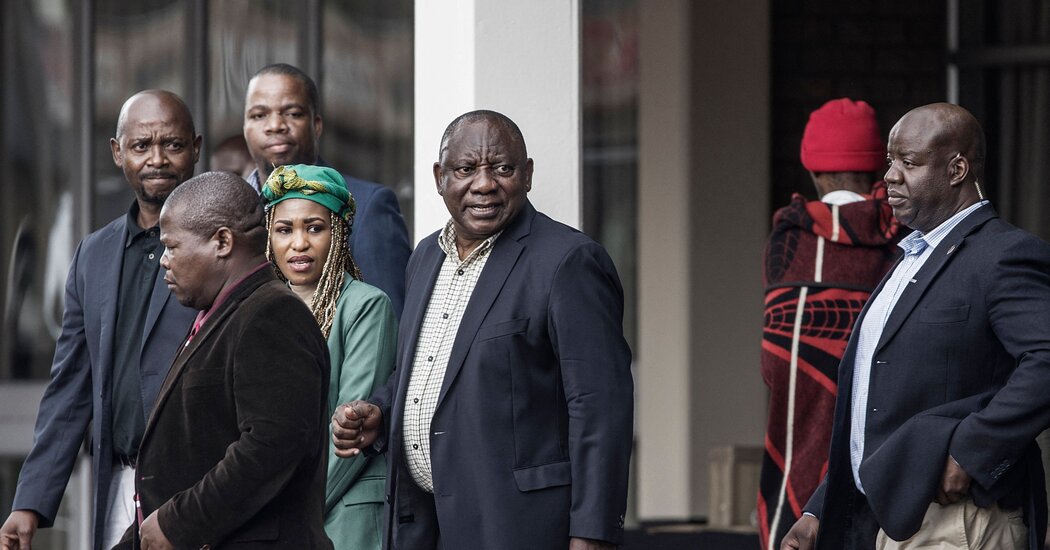 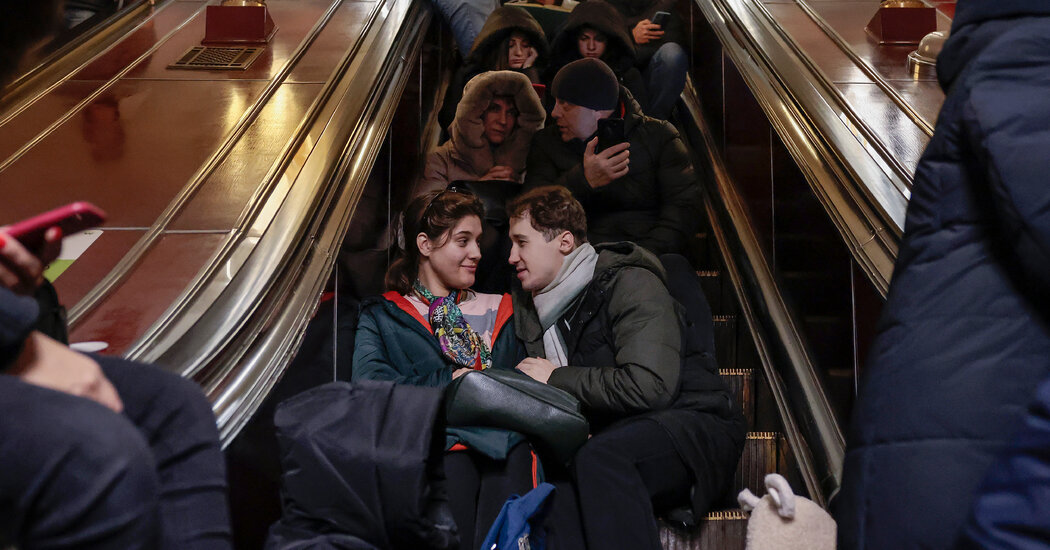